This article has been translated from Japanese into English using DeepL.
このページの内容

Cross-validation is one of the methods used to improve the generalization performance.

The purpose of cross-validation is to prevent overfitting and to improve generalization performance.

Now that we have divided the data into 5 parts, we will train 4 parts for training and 1 part for testing.
This is not the end of training, but we will continue training by shifting the test data position one by one, and finally create 5 models.

Evaluate the accuracy of the resulting five models, average them, and finally fuse them into a single model.
However, since the division is random, data bias is not taken into account, and if there is bias in the number of data in a class in a classification problem, the model performance cannot be evaluated correctly.
Therefore, when there is a bias in the number of data per class included in the data, Stratified k-Fold Cross Validation is used.

The k-fold cross validation simply splits the data, but in this case, the splitting is done in such a way that the ratio of the classes is the same within the split.
The following figure shows the image of data partitioning in stratified k-split cross-validation.
Assuming that we have a data set with different ratios of male and female, if we split the data using this method, the ratios of male and female in each split data range will be the same. 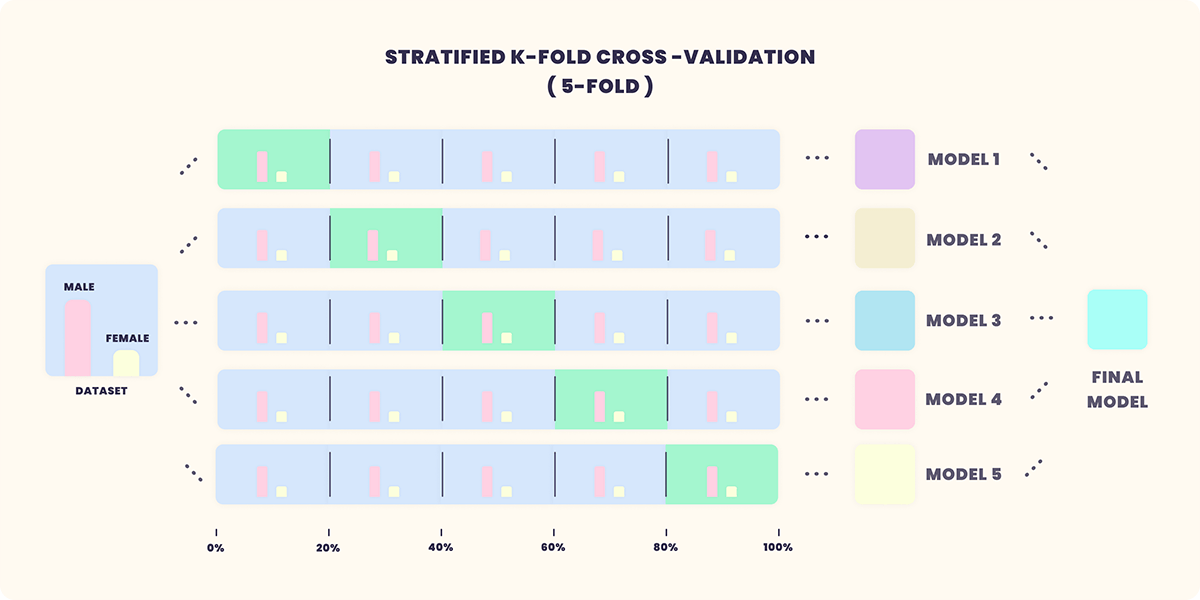 VARISTA also supports cross-validation, and you can check the results after you have finished creating your model.
The following figure shows a detailed screenshot of a model trained using k-partition cross-validation with the data divided into three parts.
The average of the scores in the three models is displayed in the upper right corner. 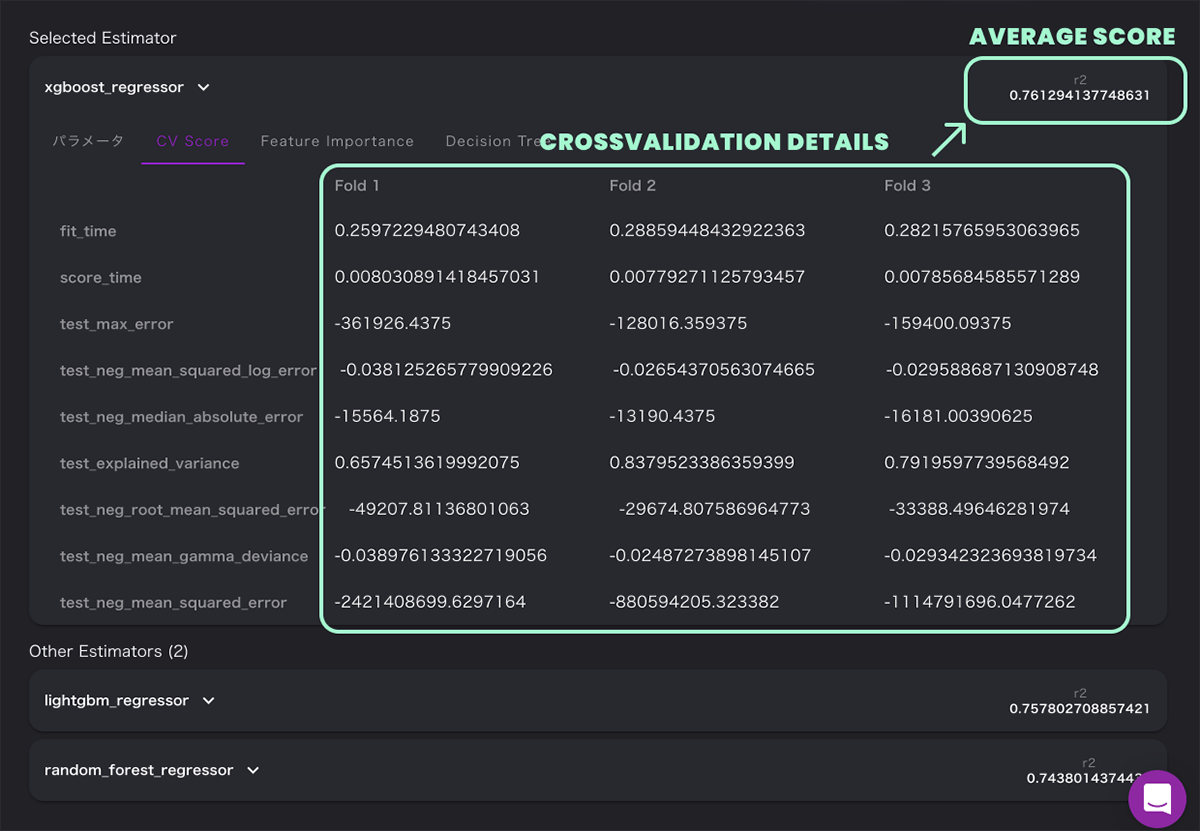