This article has been translated from Japanese into English using DeepL.
このページの内容

What is ensemble learning?

It is a method of fusing multiple models that have been trained individually in order to improve the generalization performance of the model.
The three main sources of error in trained models are noise, bias, and variance.
Ensemble learning minimizes these and improves the generalization performance.
In this article, the following methods are explained

It is called Bagging, taking the emphasized letter part of Bootstrap aggregating.

Bootstrapping is a method of creating multiple datasets by randomly retrieving data from a dataset during training, and then training that data to create multiple models.

Each bootstrap sample is trained in parallel to create n models.
At this time, the data set that was not selected by the bootstrap is used as test data when voting in step 3. This unselected data is called Out-Of-Bag (OOB).
The Out-Of-Bag will be about 36% of the original data set. 3.

In the resulting n training units, inference is performed on each model using the OOB.
The output results are then used for majority voting. 4.

In contrast to bagging, which uses bootstrap sampling to gradually change the data used for learning, boosting learns by gradually changing the data by weighting the acquired data to create a learner. 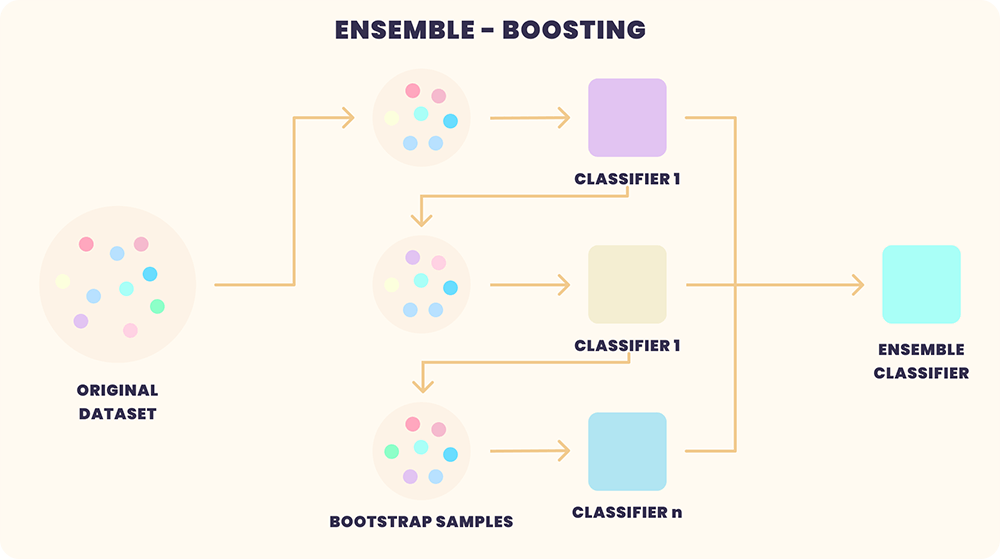 Because boosting is a continuous computation, it requires a longer learning time but may perform better than bagging. However, over-learning may occur if the number of learners is increased too much.
Typical algorithms 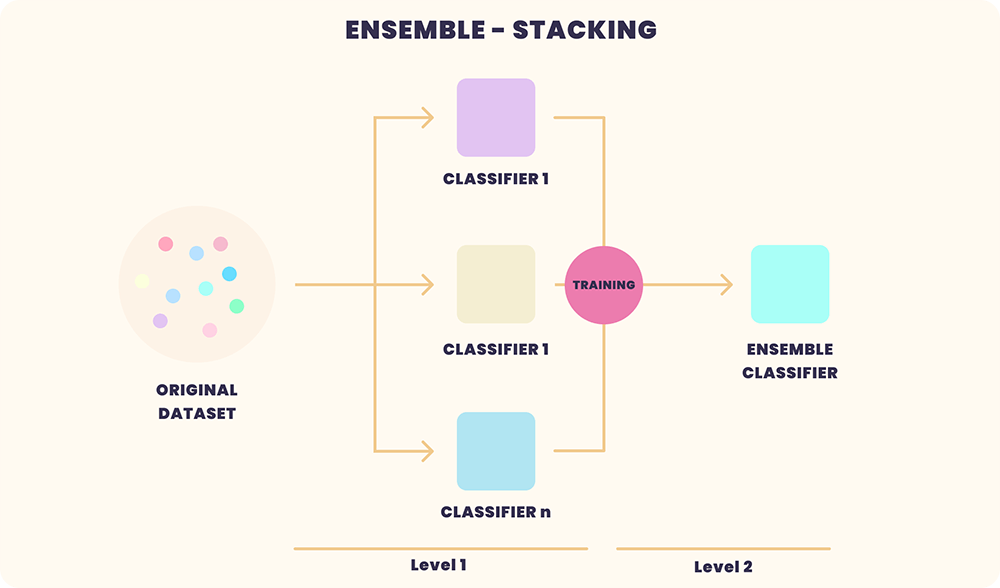 As the name suggests, this is a method of stacking learners.
The process is divided into two levels.
In Level 1, the data set is trained using multiple algorithms to create a model.
Any algorithm can be used here (Random Tree, XGBoost, LightBGM, etc.).
The next step is to make predictions using the learner you have created.

In Level 2, the predicted values of each learner are trained as "features" to create a final learner.

Each of the ensemble learning methods can also be performed in VARISTA.
For more information, please see Learning Template.